Getting good selvedges in handweaving is notoriously tricky. It's not an issue when making fabric that will be sewn into clothes: but when creating scarves, blankets, bedsheets or other convenient rectangular items, clean and sturdy selvedges are marks of a competent weaver. How the shuttle is passed and at what angle makes a major difference, but that's not the topic today. We're instead going to look at how the weave structure itself sometimes makes the selvedges messy, and how to adress that problem.

It's all about the last threads on the side of the warp. In plain weave, every thread will change shed with every pick: this mean that the weft will always wrap around the very last thread. That creates a stable selvedge, where the only - non-trivial! - problems to solve are warp density in the reed and weft tension.

But as soon as we move to twills, problems appear. New weavers often wonder why their twill selvedges look good on one side, but a mess on the other: it's due to the last thread(s) staying in the same shed, preventing the weft from wrapping around it. In certain drafts, notably in a simple 2-2 balanced twill, this will result in warp ends never getting bound at all on one side. The schematic below show how things look with the weft loose: examine the path of the weft, and see how it never never loops around the last warp end on the left side.

Note that for extra confusion, which side is messy will vary depending on the treadling in relation to the shuttle direction. For example, if the last thread stays in the same shed between treadle 1 and 2, but switches shed between treadle 2 and 3, the selvedge will be fine if the shuttle is on that side between treadles 2 and 3, but remain unbound if the shuttle is on that side between treadles 1 and 2. This is what makes balanced even twills especially problematic: the shuttle direction will always be in sync with the treadling, and the unbound side will always be the same. See the schematics below for how things look after the weft is pulled in, and which warp end is up loose depending on the direction of the first pick.

2-2 balanced twill is an easy and especially pathological example, but other structures can have similar problems. Satins that use many shafts will rarely bind on the selvedge. Complex twills may end up with random-looking warp floats on the sides. Those floats can make the cloth weaker, and look messy. So how do we fix them? 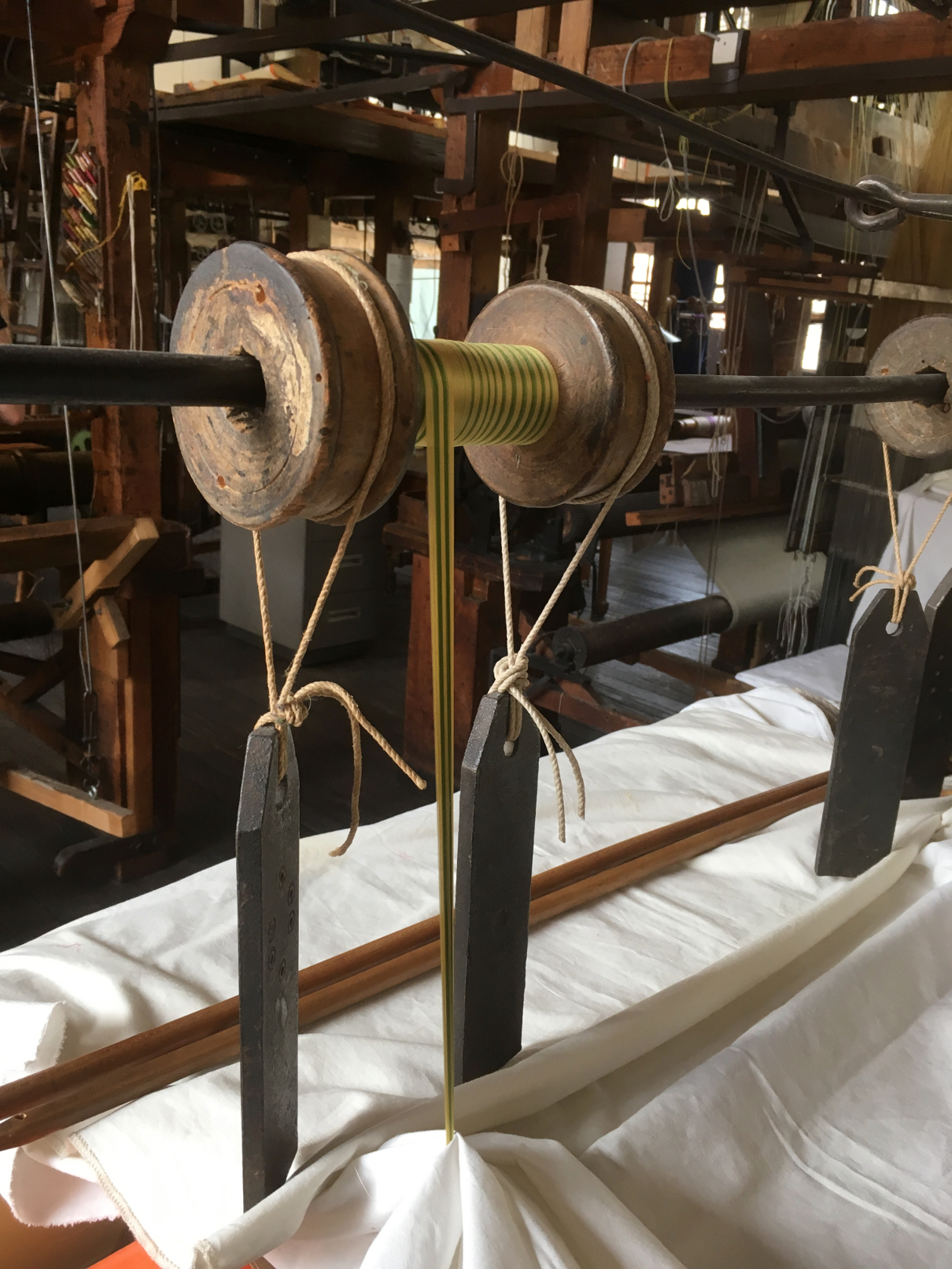 As handweavers who need a single selvedge thread, we can imitate that somewhat by putting that extra thread on a separate bobbin dangling at the back of the loom. U-shaped weights intended for drawloom setup are a very good way to weigh down those bobbins, several can be used if high tension is required. 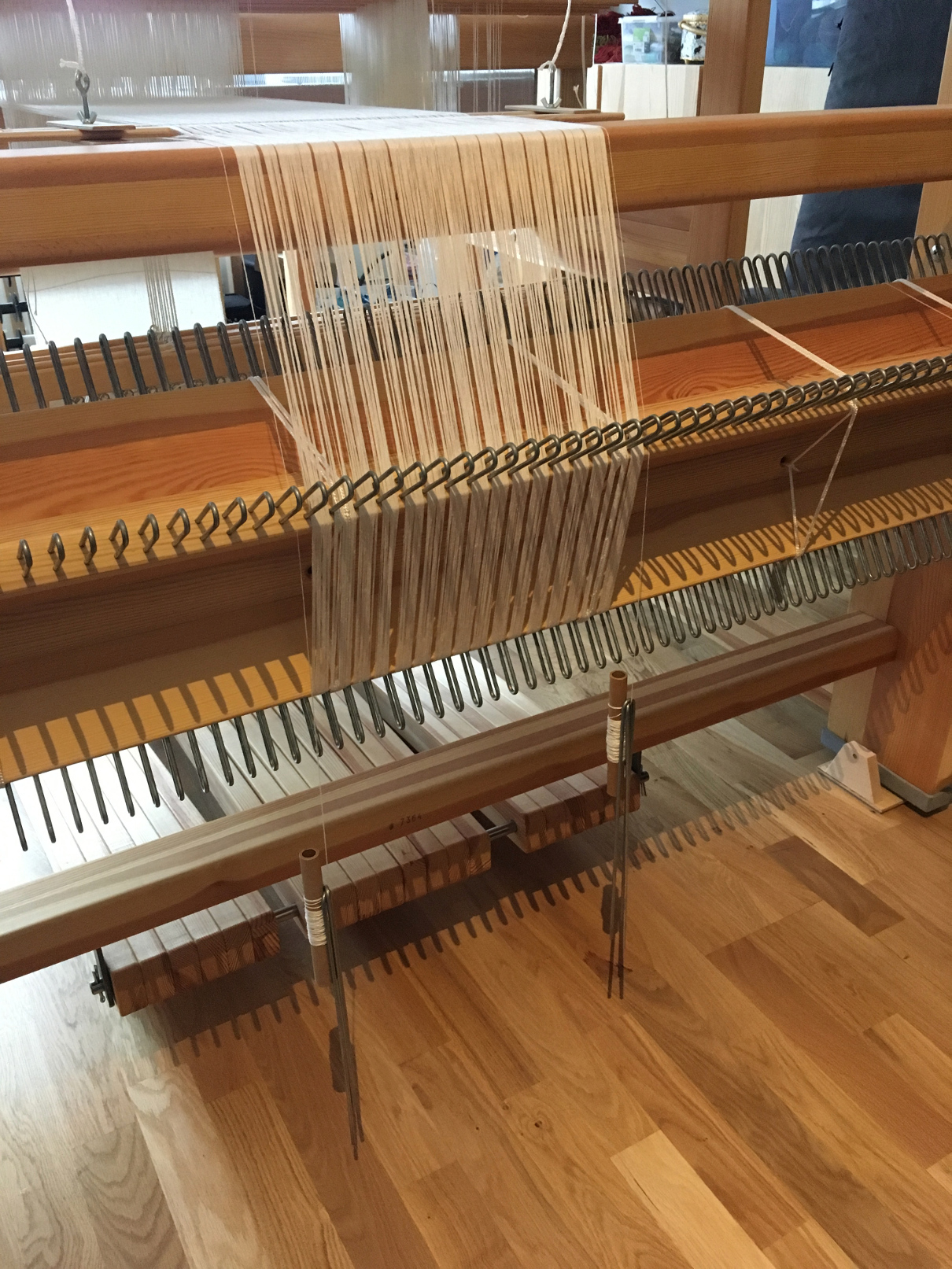 To prevent the bobbin from unspooling freely, the thread can be put in a double half-hitch: this creates enough friction to prevent unwinding, but is still easy to pull extra length from when the warp is advanced. Note that due to this thread being on the edge and tensioned separately, it might need to be sturdier than the main warp yarn. For instance, my towels and washclothes are woven in 16/1 linen, but my extra selvedge threads are 16/2 for better solidity. 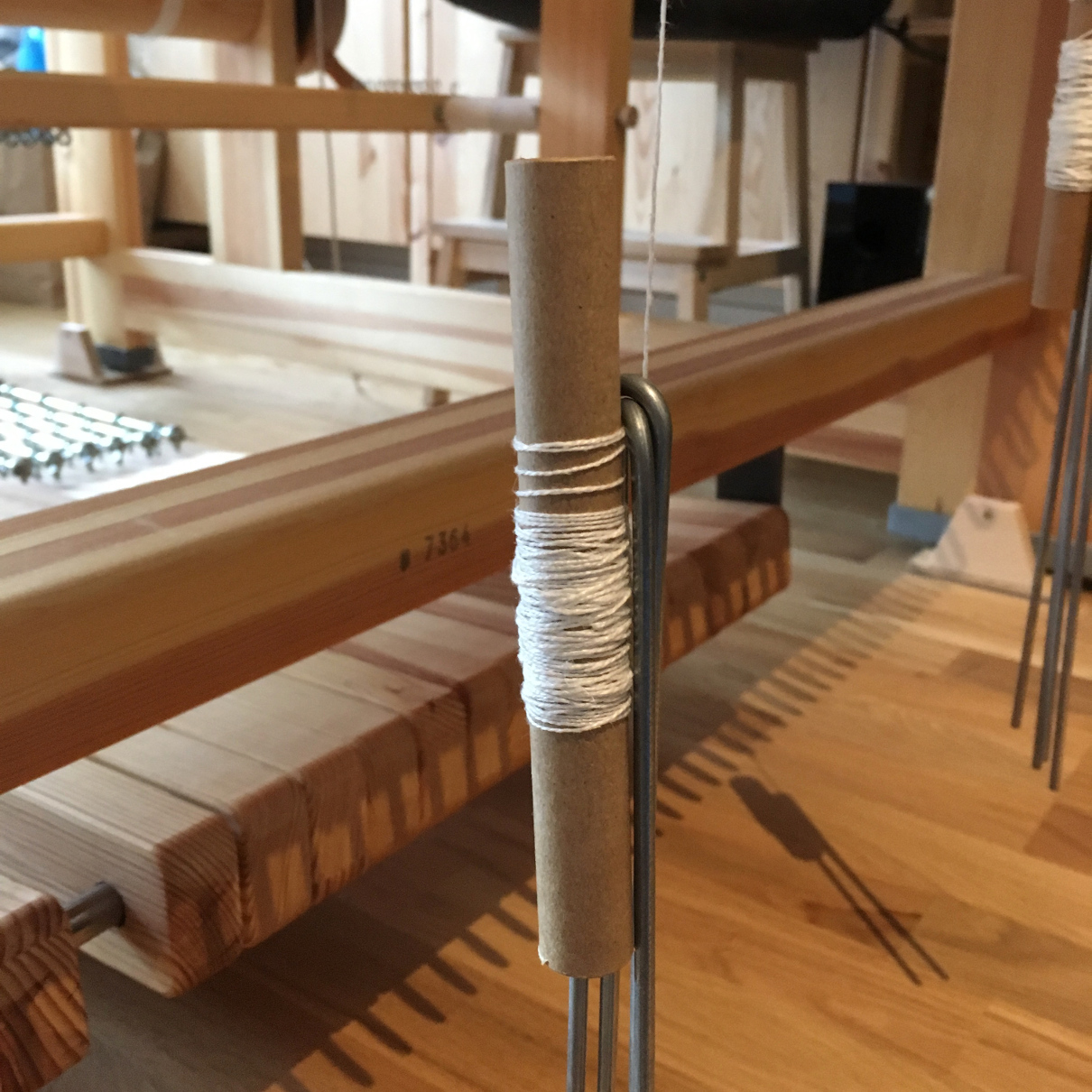 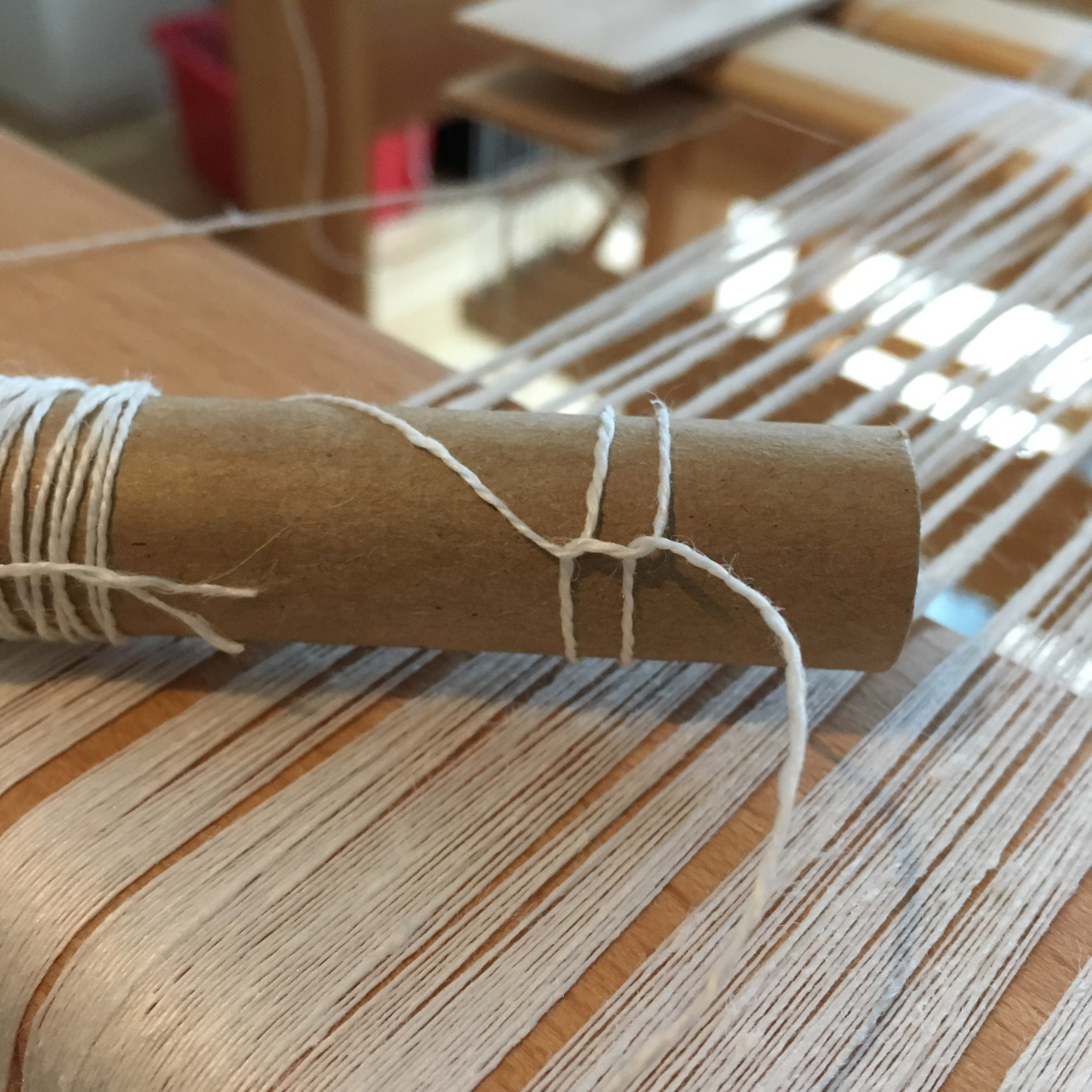 Making sure to wrap around that unheddled selvedge thread every time is error-prone. But if we have two shafts to spare, and compatible treadling, we can make it easier. One thread on each side is put on its own shaft, which is then tied up in plain weave. This mean the number of structural treadles needs to be even, with continous treadling that doesn't jump between e.g. treadles 1 and 3. A 2-2 balanced twill or an 8-shaft satin are great candidates, for instance. Note that it's in my opinion easier to shuttle if the extra thread is down on the side of the shuttle's entrance. The tie-ups below are provided in Swedish contramarch style.

Note that this could also be done with a single shaft tied up in plain weave, and both extra threads on that shaft. But I find weaving easier if the extra threads aren't in the same shed. I need to run some tests to see how it affects the finish of the cloth!

The obvious limitation, as explained above, is that odd treadle counts are not compatible. For example, the very common 5-shaft satin can't benefit from this. On a countermarch loom, some double-treadling shenanigans might be an option, but that's a problem for another time!

This also won't magically make tension issues go away: the shuttle still needs to be passed carefully so it doesn't pull too tight, and so it gives enough extra weft for take-up. Iterating on the density of the selvedges in the reed is also vital. My current WIP has only gotten breakadges on thread 4 on either side, for example: this means the warp is not dense enough in the last two dents, causing extra friction.

The result of these drafts are tidy, sturdy selvedges that are easy to weave. There are no extra warp floats or uneven tension issues, which makes for faster weaving and better fabric. Items that use this technique in the shop are the pink diamond twill wool scarves and the white linen washclothes. The white linen towels used unheddled threads because they're woven in 10-shaft dräll with a 5-shaft satin as the base.